Astana, Kazakhstan's bright, newly-founded capital, was built in the heart of the great Central Kazakh steppe in the north-central region. The new city is a great example of an effort that incorporates and embodies the dreams of a new nation. 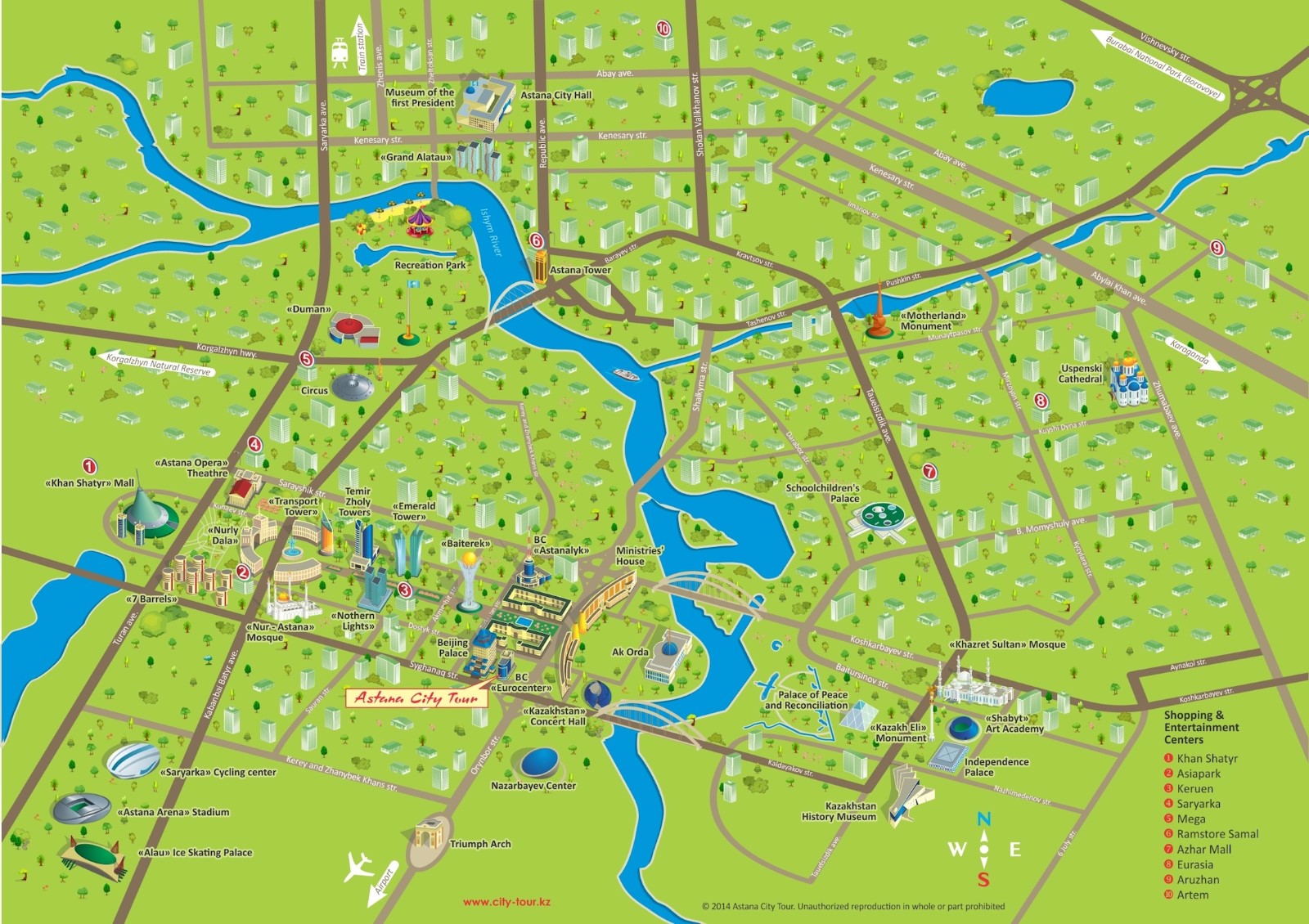 We went to the apartment by taxi, and after a short rest we went out to the city center. Astana became the capital of Kazakhstan in 1997, and it is clear that President Nazarbajev, the country's president, is trying to showcase the power of his country with huge infrastructure investments.

First day we visited the west part of the country; and we mostly looked at the city in the nightlight.

One of the most famous monuments in Kazakhstan is the Bayterek Tower. Perhaps Astana's most famous attraction, which is worth seeing. The tower is the symbol of Astana and Kazakhstan, representing the tree of life and the golden egg.

On the top of the egg a lookout was created, but unfortunately the lights did not allow the making of the photos; but the view is fantastic. On the top floor, the President has a grip; we did not expect this, but the Kazakhs were still able to queue for hours. The height of 97 meters in the tower symbolizes that the city became the capital of the country in 1997. After lollipop, locals called the "Chupa Chups" the tower.

As we walked into the city center, we were impressed with the imposing buildings and beautiful lighting. 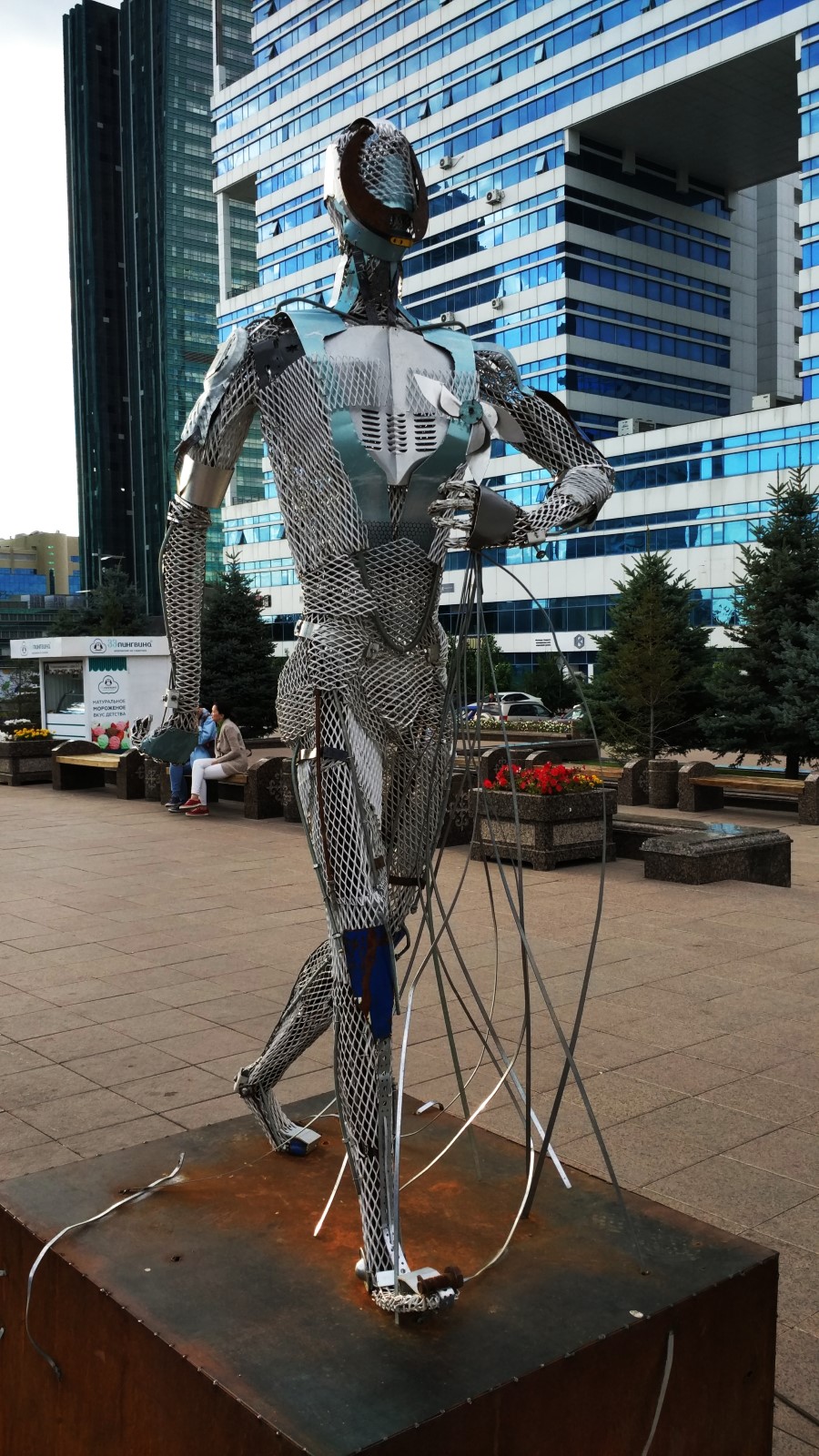 We walked from tower to Khan Shatir tent first; on the way, admiring the tower-houses of different colors and shapes; such as. the Emarald Tower; Temir Zholi Tower; Traffic Tower, or the 3 Tower's "Northern Lights Tower". 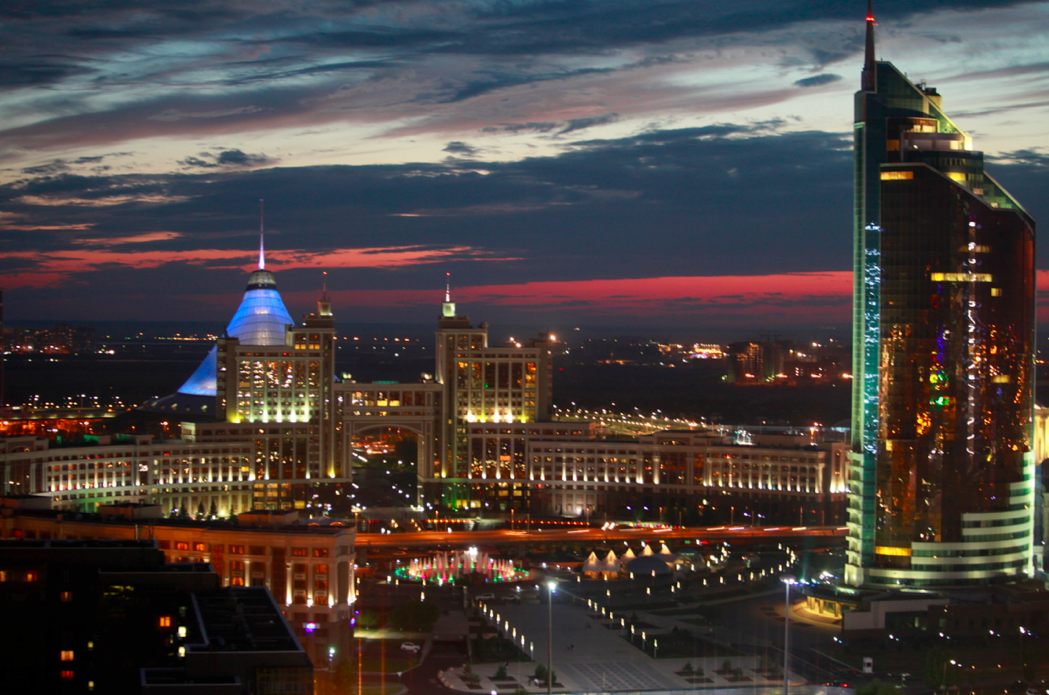 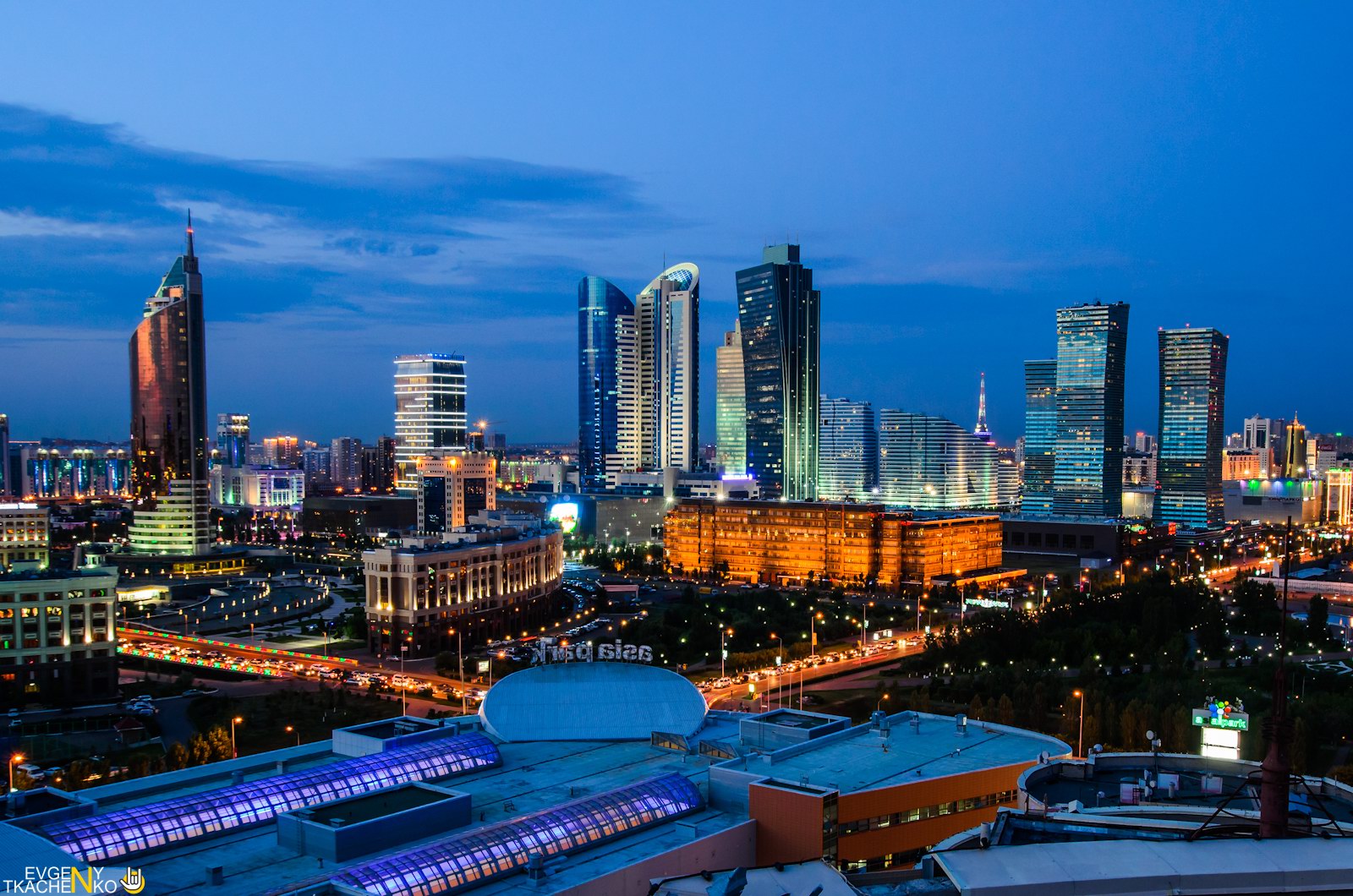 Nur Astana Mosque is also a huge mosque built in 2005 to commemorate an agreement signed by President Nazarbayev and former Qatar emir Sheikh Hamad bin Khalifa al-Thani. It can accommodate up to 5000 believers whose height of 40 meters symbolizes Muhammad's prophetic age when he received his first divine revelation. The 63-meter high minarets symbolize the Prophet's age; he was so many years old when he died. 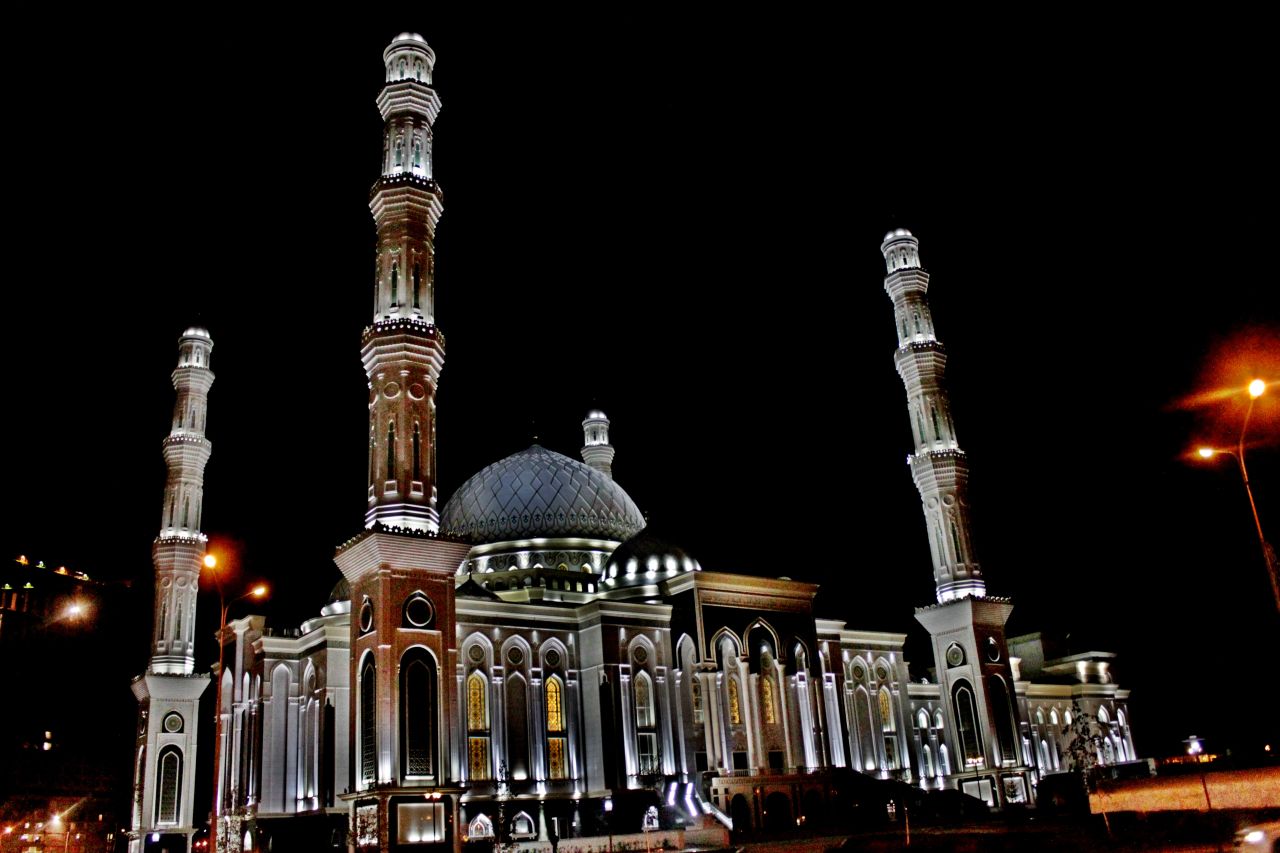 One of the rarities of the Mosque is the stone of Ka'aba of Mecca, and the holy Qur'an in Saudi Arabia. Only men can enter the prayer house so women need to use the top gallery.

A luxurious apartment building in Astana was built behind it; Nurly Dala, with superb views of the park and the Bayter's Tower. From here the Khan Shatyr was well-evident.

The Khan Shatyr shopping and entertainment center was opened in July 2010. This is one of Astana's most important attractions, designed by Norman Foster, a London star builder.

Khan Shatyr is basically a giant, glowing tent. It is built in neo-fauturist style and is 150 meters high and is the world's largest tent.

Our trip to the State Opera, Ballet Theater in the classical Russian theater style is based on marble and gold decorations. Kazah, Russian or Italian opera, playing ballet.

Next morning, the Bayter's Tower was our starting point, but we moved east from the tower to explore that part of Astana. 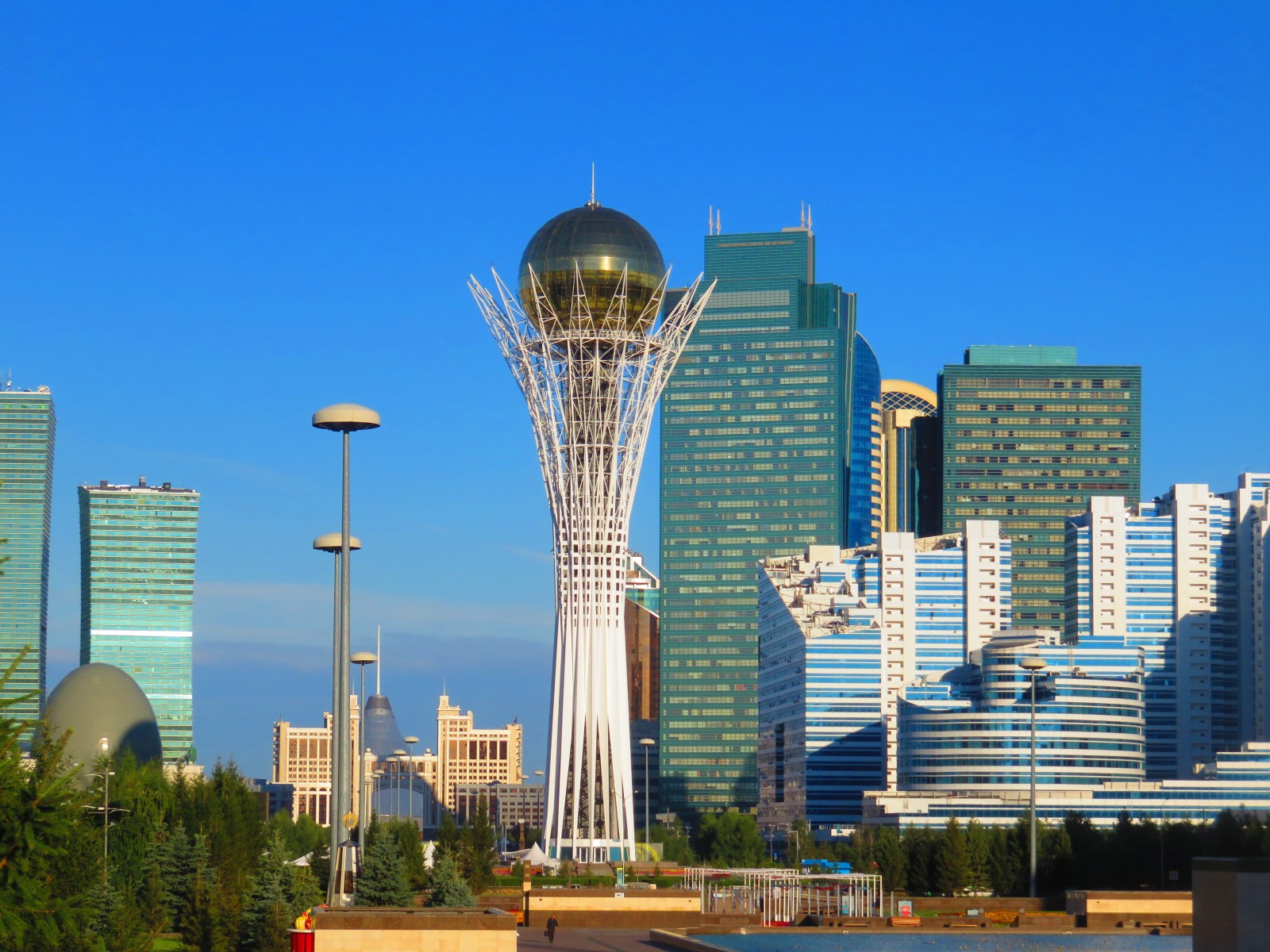 In this part, there are mainly government buildings. Behind BC Asatanalik and the Tower of Beijing, the huge, semi-circular House of Ministers was built.

but one of the most interesting buildings in Parliament,

and the Presidential Palace.

On the River Ishim we reached the Palace of Peace and Reconciliation. I will not lie, one of my favorite buildings in Astana. I do not think we're surprised that this was designed by Norman Foster.

In the pyramid on the river bank, the congregation of leaders of the world and of traditional religions was held; this was built in 2014. The building contains rooms of different faith systems, such as Judaism, Islam, Christianity, Buddhism, Hinduism, Taoism and other religions. There is also an opera house, a cultural museum, a university, a library and a research center.

Next to each other were new buildings. The Kazah Historical Museum presents the history of Kazakhstan from the beginning. Due to lack of time we omitted, but who wants to know more about the country, I recommend it.

Independence Square and Kazah Eli Memorial symbolize the power and freedom of the country. The Kazah Eli Memorial is an imposing monument complex. At the top of a 91-meter-high pole, the mythical magical bird, Samobor's gilded statue, was placed. The eagle looks at the huge square. Monumental bronze statues and elegant marble vaults surround the independence of Kazakhstan.

The Art Gallery's building is as if it were in the future and not in the present. 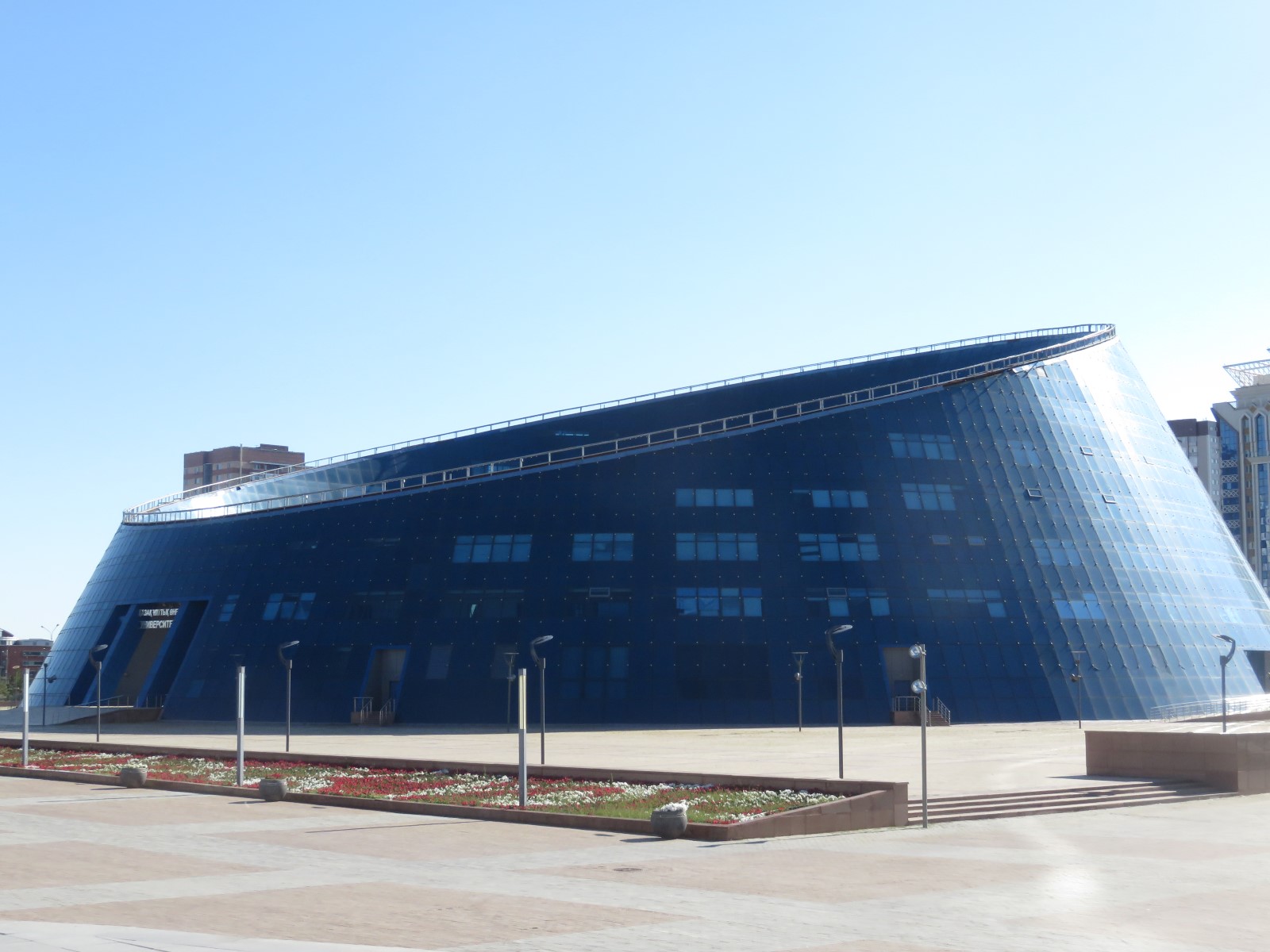 Hazret Sultan Mosque is the largest mosque in Central Asia. The mosque is built in classical Oriental style, with a breathtakingly beautiful interior and with ornate details of the past. "Sultan Hazrat" means "Apostolic Sultan". Up to 10,000 people can pray at the same time in the mosque.

From here, we only went back to the accommodation, where we picked up the packages, we looked at the Expo, which will be in the next post. 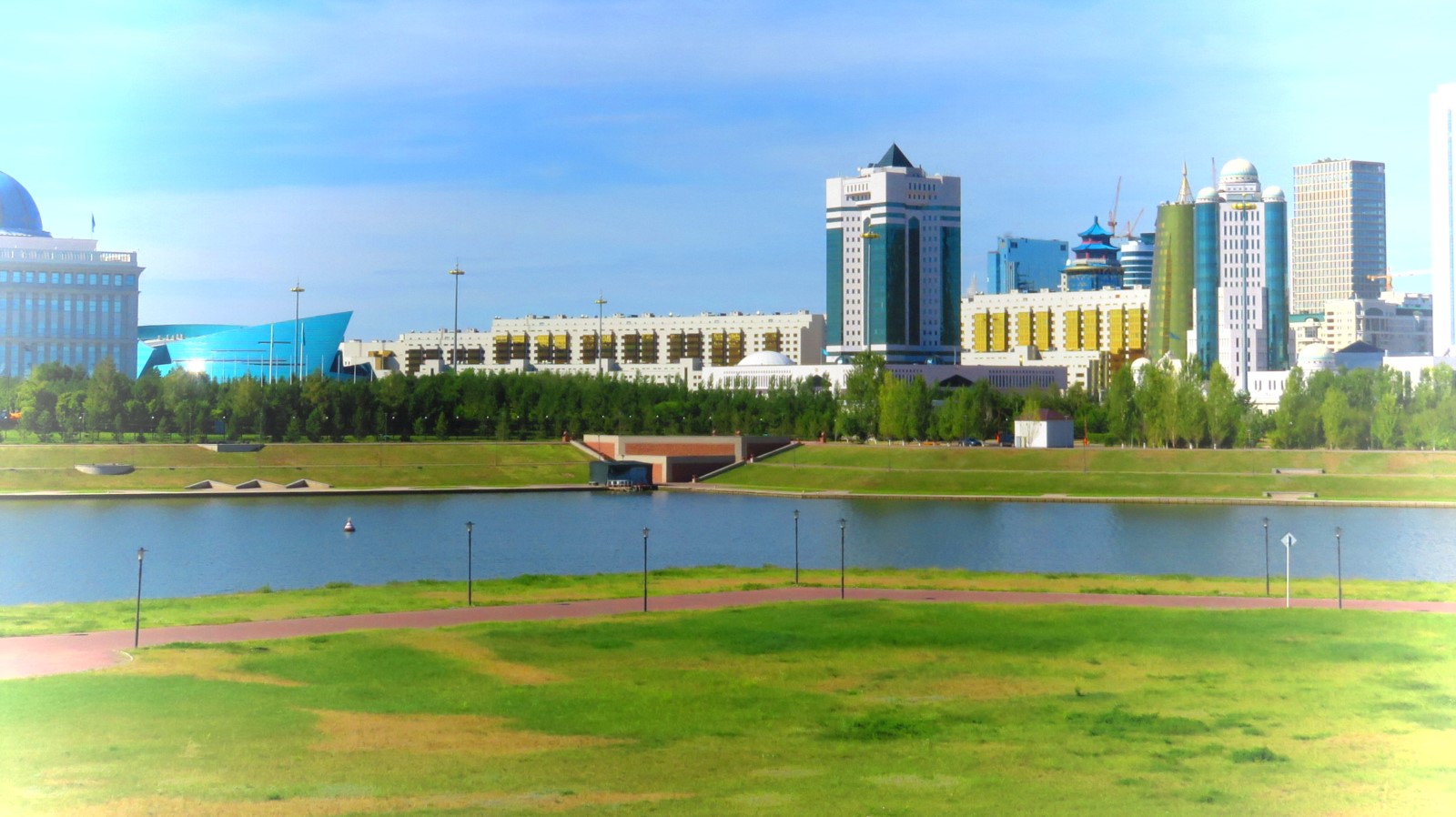 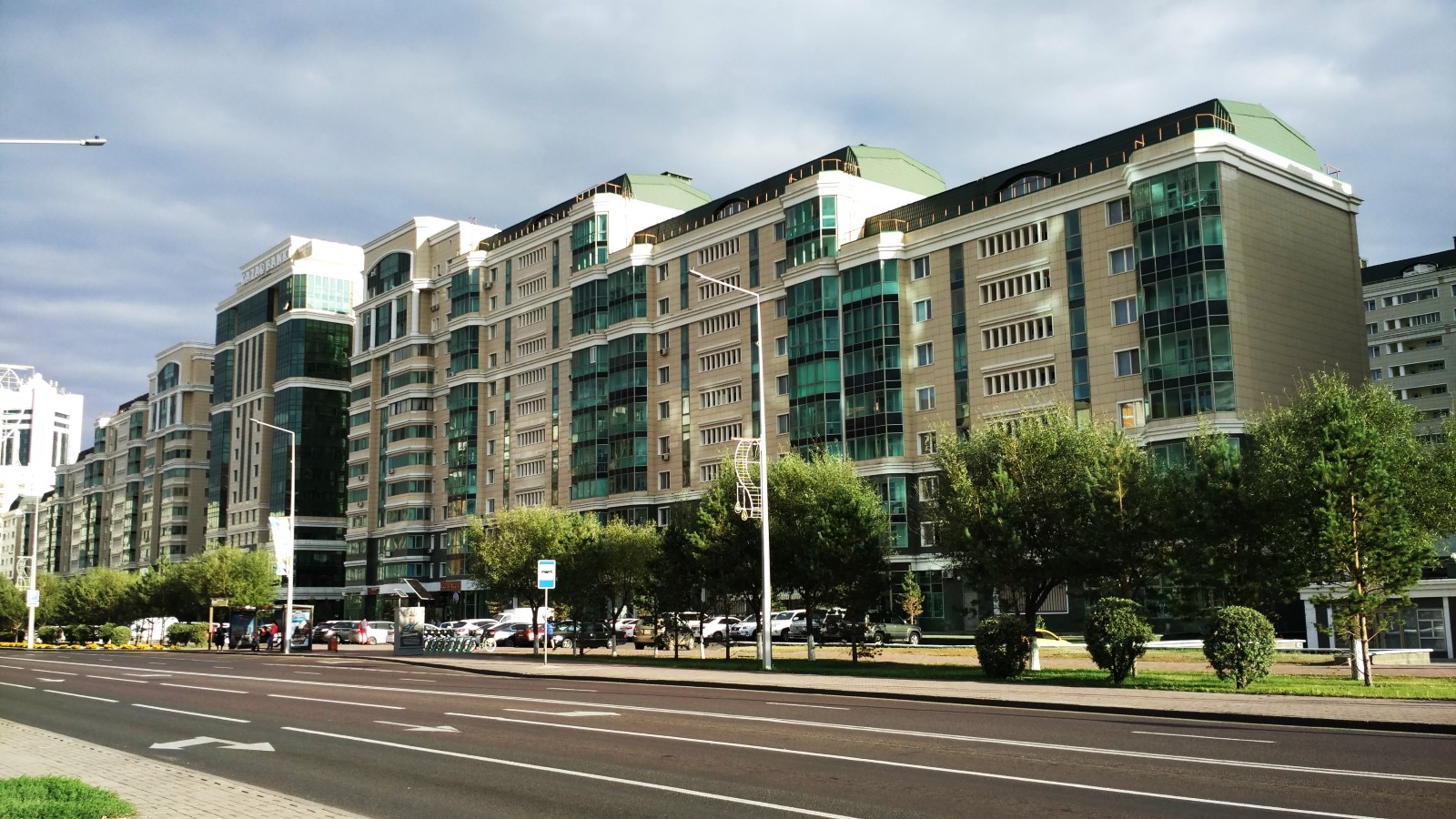 Overall, we did not see many tourists in Astana, and it was not easy to find any English subtitles either. Although it should be noted that all the Kazakh we encountered were very kind, helpful and courteous with us, and despite the language difficulties they tried to help us.

Astana is an interesting and very promising city. Astana is still under construction; we saw a lot of construction around the city. I'm sure it will grow very fast and it will be one of the largest cities in the world for the next ten to fifteen years. 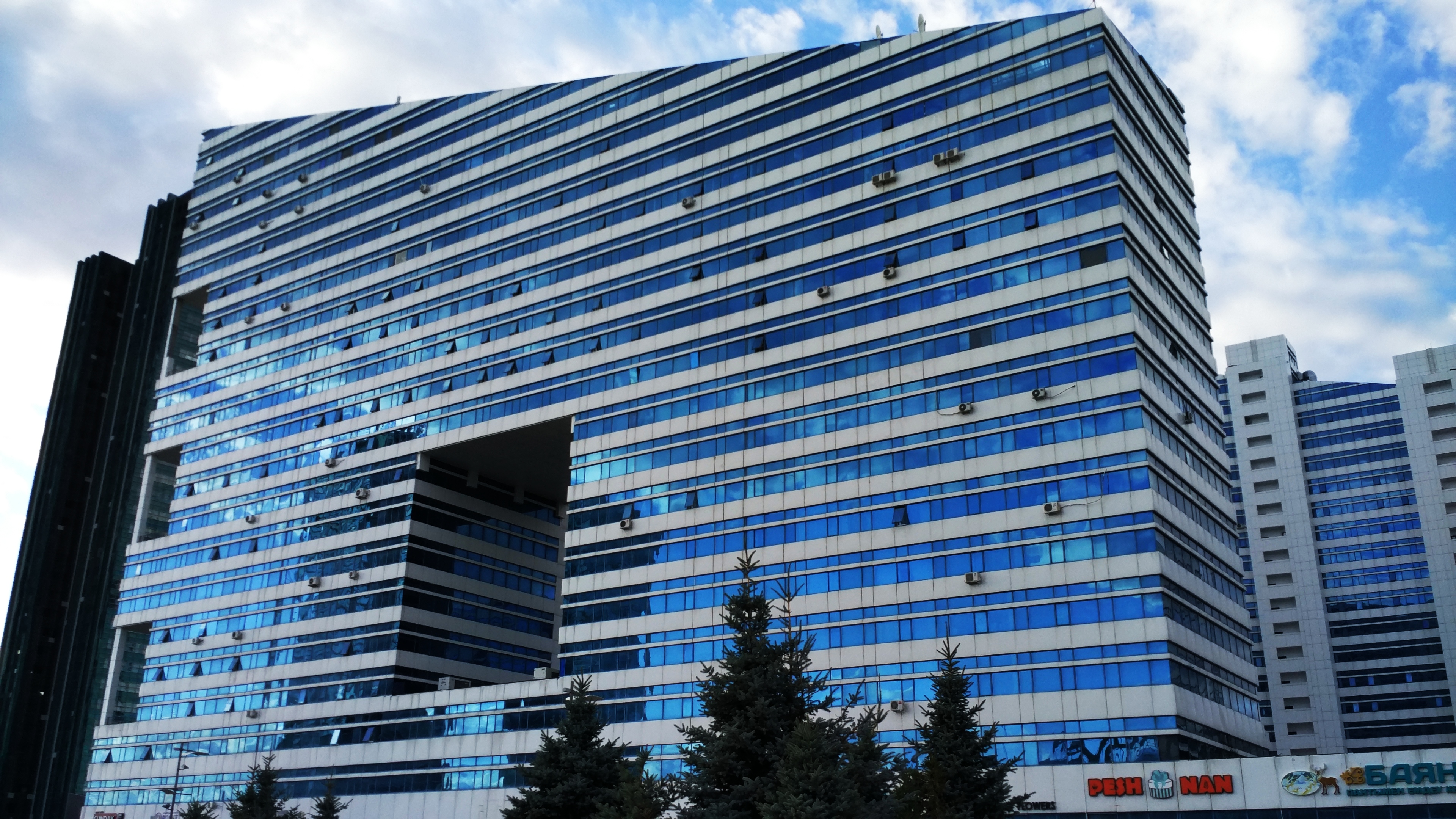 The city is similar to Dubai because; it was built up in the middle of the steppe. Both are a modern, designed city. Many do not like this kind of construction, for example, it's not a city of old, but I like it. Anyone who comes to Dubai will also like Astana.