The diversity and natural beauty of the vast Altyn Emel National Park is almost impossible to write in words or even show in photographs. You should be there and have to feel the experience! 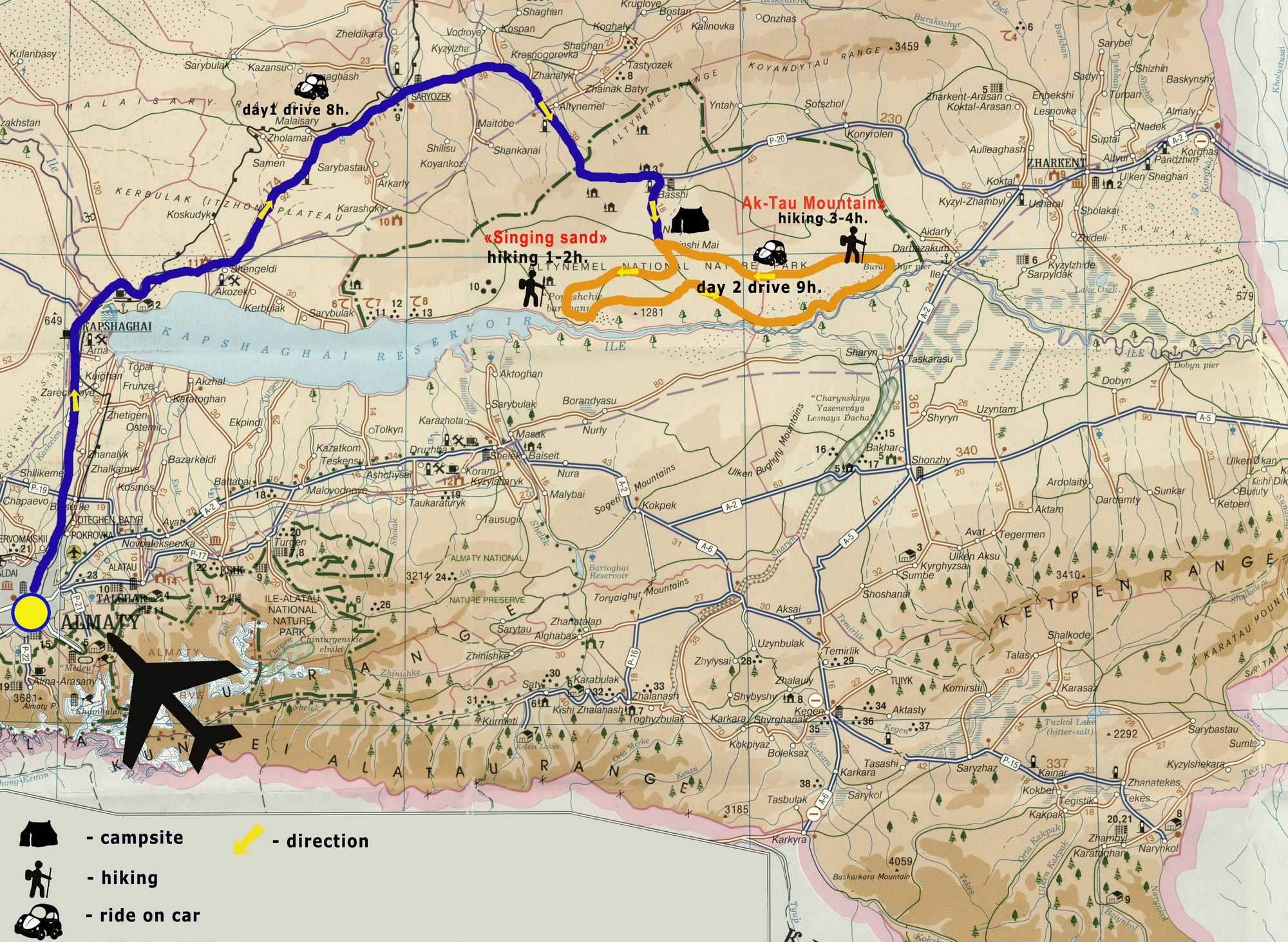 After several hours of driving and many remote villages, we reach the Altyn-Emel National Park. It should be noted that the Kazakh countryside has nothing to compare with modern cities like Astana and Almaty. Sometimes we felt like we were traveling on a time machine and moved to another era.

Tamgaly Tas, "written rocks, stones with signs", is located 170 km northeast of Almaty, on the right bank of the Ili River, 20 km northwest of the Kapchagay dam. 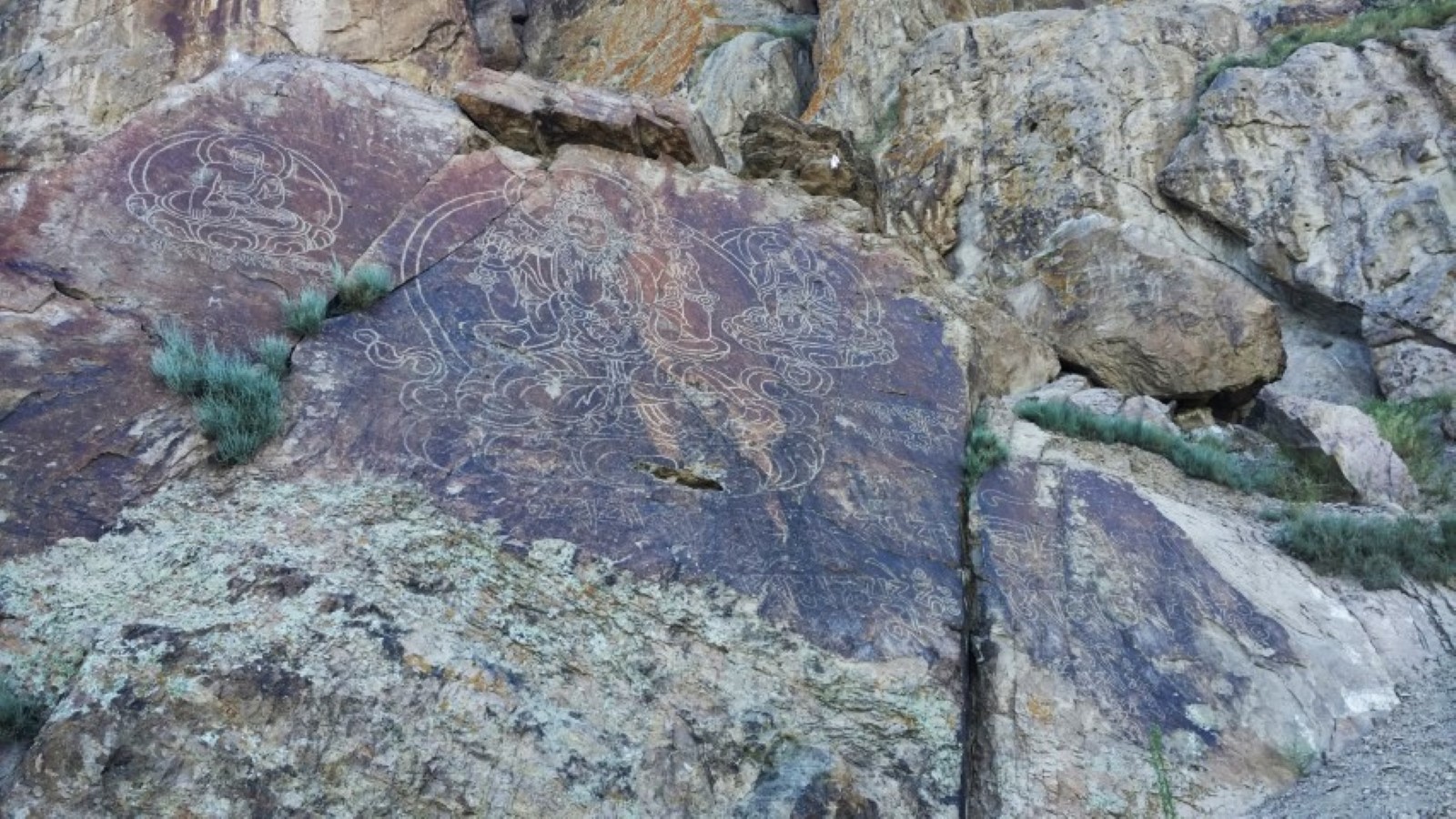 On the river bank, incredibly beautiful Buddha and Burhans (Bodhisattvas) were found. Cave drawings are accompanied by excellent Tibetan inscriptions. The unique style of the pictures is ensured by the artistic art of stone carving and fine contour lines. The drawings of the XIV-XVI. century. The figures were painted on 18 rocks. The images of Tamgaly-Tas represent an outdoors Buddhist sanctuary. 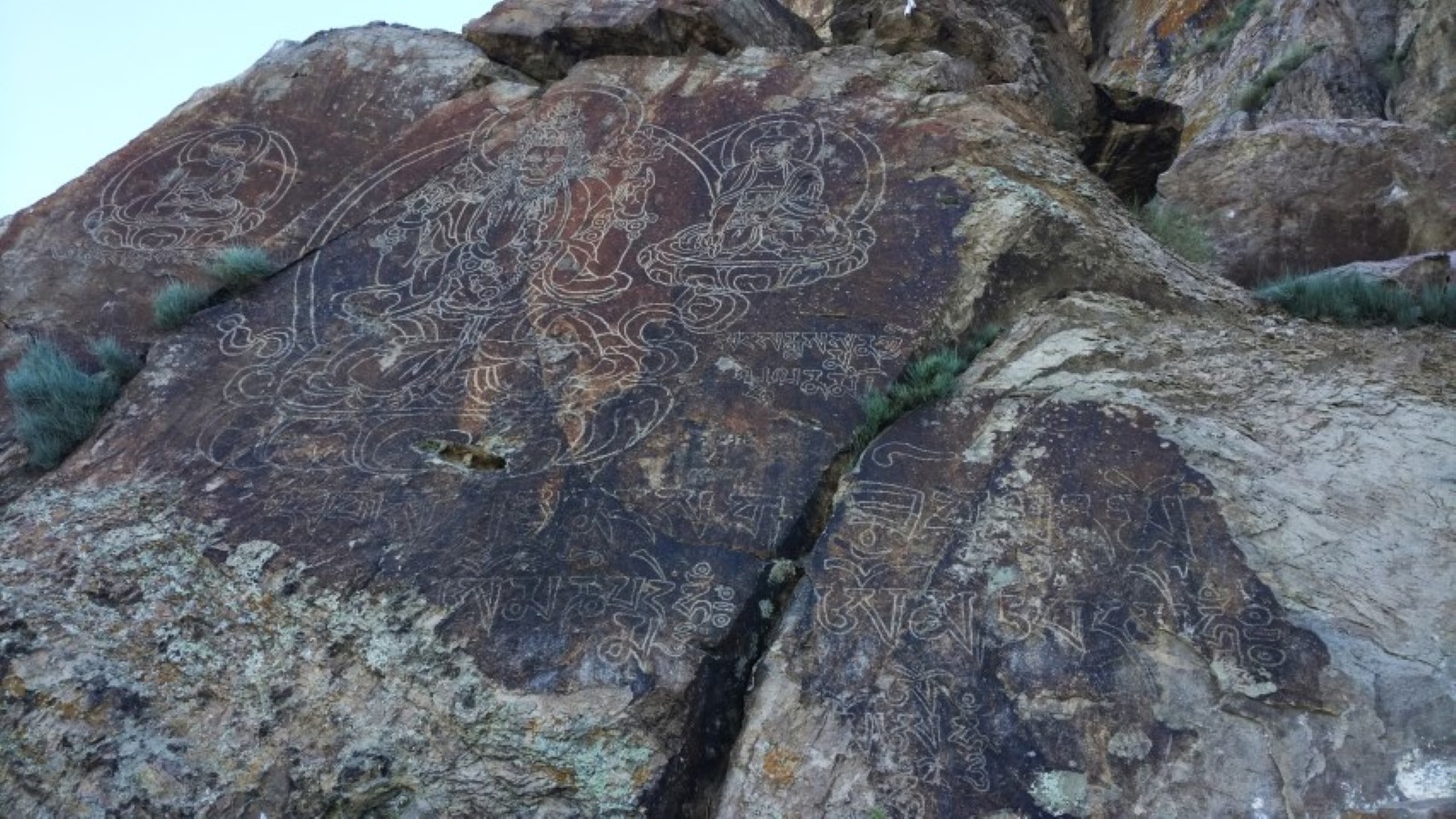 According to a legend, a caravan walked along the river, when a strong earthquake came Witnesses saw enormous rocks falling from the incredibly high to the water forming a kind of river crossing. The pilgrims considered the phenomenon as a blessing and God's help. 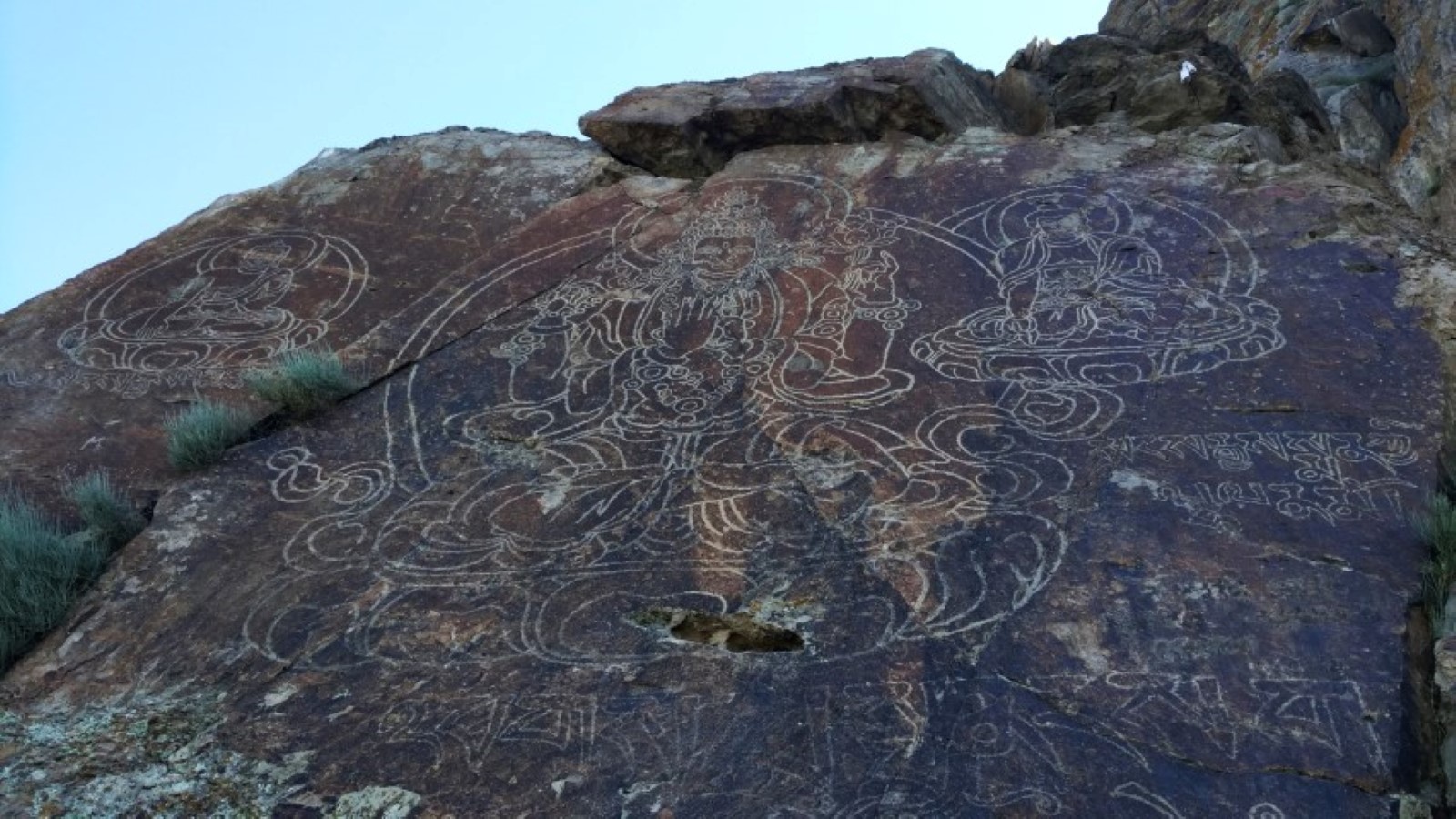 From here we went to the capital of the Altyn-Emel National Park, Basshi (Baschi). The road was going through more beautiful mountains, where we did not win our heads.

We also saw another fascination: an Islamic funeral. 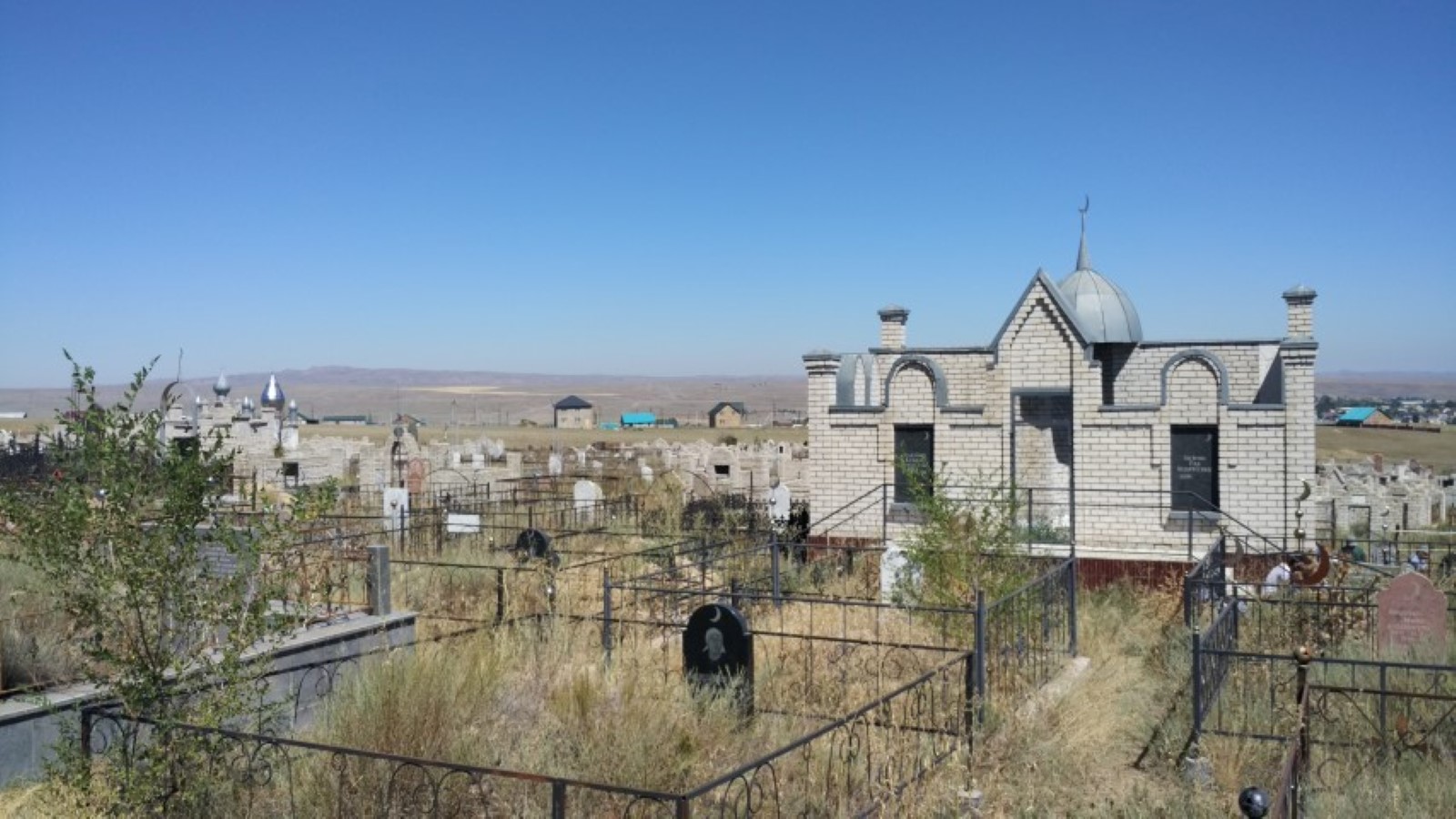 We stayed in a local guesthouse. Unfortunately our hosts did not speak English, so we could only talk with them with hands and legs. First we looked around at the local museum of natural sciences where the wildlife and vegetation of the national park were presented.

From here we went to star-tour trips. The first day of the afternoon, we visited the Aktau mountains , the dazzling colors of the White Mountains, which originated in the Cretaceous Age. It took almost two hours to arrive at the mountains, which are actually hills. The mountains are whitish in one direction, while the others are red and yellow. We went for about forty minutes in a dry river basin in the hot desert heat (45 degrees below the phone) to reached the white rocks.

The only paleontological remnants could only be admired. There are 56 species of early Miocene vegetation, but the remains of ancient animals have perfectly preserved the mountains (crocodile, turtle, giant rhino and some primitive predators), estimated to be 25-30 million years old.

Backwards, we had a little problem with the car: we were already in the back of the road when something was wrong with it, but the trouble only came to fruition. The driver did not took enough water and once our car stopped in the middle of the desert, approx. 40 degrees heat; in the middle of nowhere. He started off in a direction where he knew water but did not come in; not found. A Dutch couple saved us from those we borrowed their own water. That's what we've been through for a while, but we've been down again: with the good fortune that we had a swampy water next to us. We were able to fill the glasses, so the car we could get to the nearby lake.

Here is a wonderful sight in the park: the clearest water flowing, which nourishes the surrounding forests and groves. There is also a huge willow, which, according to sources, is more than 700 years old and witnessed when Genghis Khan fighters drank from the stream.

Backward due to sunset, he had to stop several times, but each minute was unforgettable.

The next day we went to the "singing dunes", consisting of three large sand dunes. Marco Polo also referred to this strange, singing phenomenon as he passed through the Chinese Taklamaka desert. It was an unique experience for me, but to enjoy the panorama I had to climb the top of the dune.

If you want to hear the dune singing, you must first climb to 120+ meters of dunes, which are approx. 3 km long. It should be 30 to 40 minutes since, although it seems simple, it is very difficult and hard to conquer a dune. But downside, the difficulty was compensated by us. We started off at once and we were able to achieve the singing of the dune. In the video below, our activity is heard as you sing the dune (you should pick up the sound so you can hear it well):

During slip, the sand gave a loud, humorous sound, which was more like a church organ or flying sound. The generation of noise is related to the motion of sand: Scientists argue that this resonant movement is generated by air from the sand grains or by the release of static electricity, which also fades into kilometers.

According to local legend, there is a difference in the background: the evil is given by the evil spirit, Shaitan, who was a leader of Genghis Khan's army. According to the legend, the dunes left its mark and was buried beneath the sand, and when his soul was "emptied", he told the heroic heroes of the Canaan to the descendants. "During the story, sand dunes sing, a kind of musical undercover.

We stopped back at the ancient Oshaktas Stelan. The origin and purpose of this stone construction is unclear to this day. Some legends say that they were part of the camp of Genghis Khan when he passed through this area in 1219 (allegedly affirmed by an inscription found here). Another hypothesis was that the stones were used to ignite signal fires.

From here we were heading for Almaty as we started our plane in Shimkent. We also passed through Kazakhstan, near Las Vegas, where casinos line up next to the highway. Unfortunately, they did not allow us to "dress code", so we did not succeed in looting local sites :( 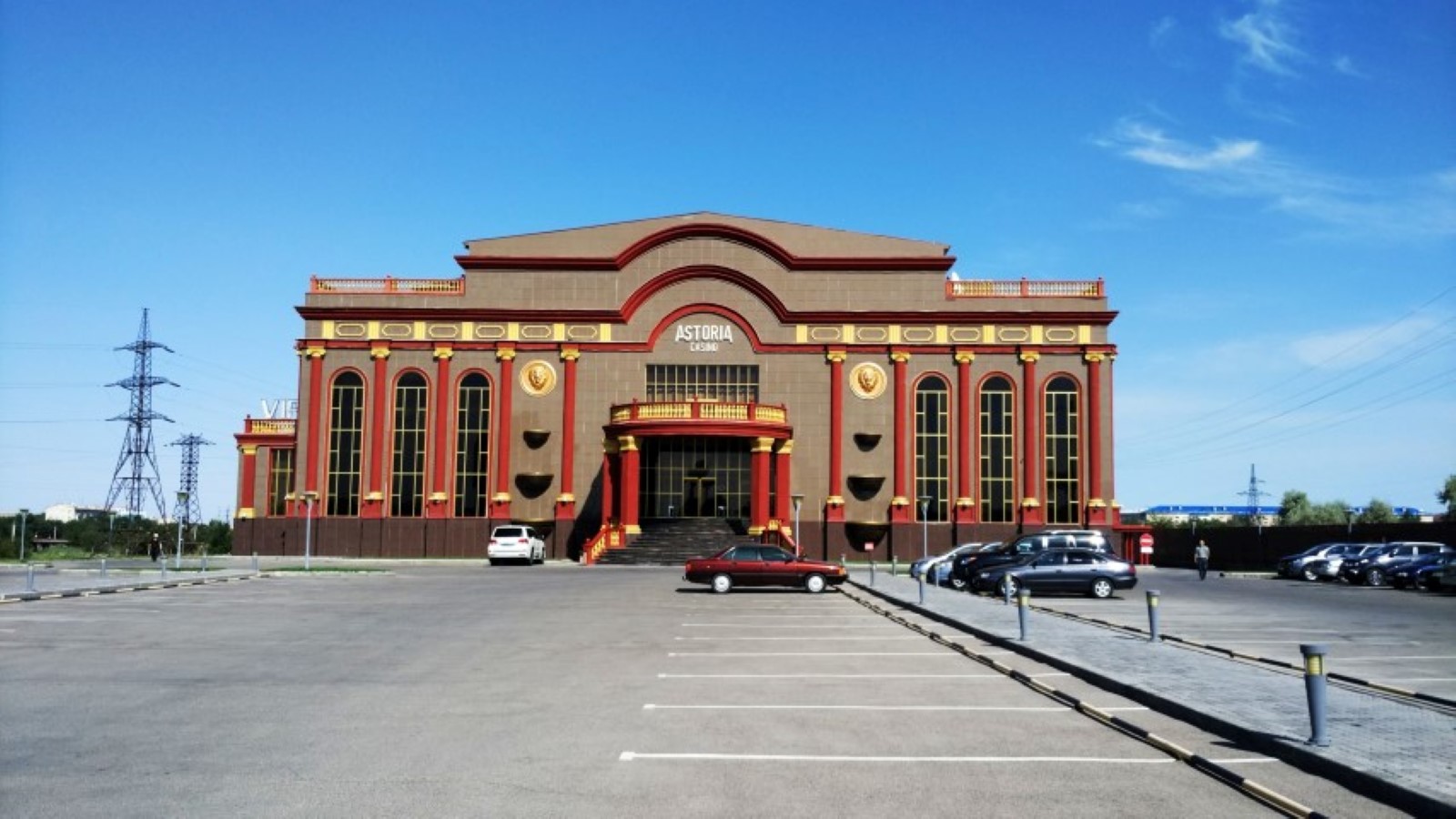 you can find the previous post from Almatir by clicking this line.