When the Hungarian law cost flight company, Wizzair announced Astana, as a new route in the spring, I started thinking about traveling there. Central Asia has been around for a long time on my boots, so taking advantage of the cheap airline ticket, I booked the ticket for August; where some of my friends joined. I set up the programs to include everything: modern city, ancient settlements, and nature; and I believe that harmony has been achieved. Click here if you are interested in the full programme.

WizzAir's flight arrived in Astana at night. We flow to Almati the next morning, so spent the night at the airport, as it would have been meaningless for that hour to get into the city.

Almaty - Kazakhstan's largest and the former capital city. At first, it seems completely unrealistic and uninteresting, and if it were not surrounded by the most beautiful natural environment in the world - which I will soon describe in detail - it is likely that nobody would be willing to come here. But if we give a second chance to the city and, more closely, we will notice the city's uniqueness, vibration and diversity.

Before reporting in detail about the experience in Almaty, you should know that the area is the birthplace of the apple. The original, small and extremely sour apple trees can be found on hills around the city. Even the name - Almati - is literally in Kazakh language: "the apple's city"! 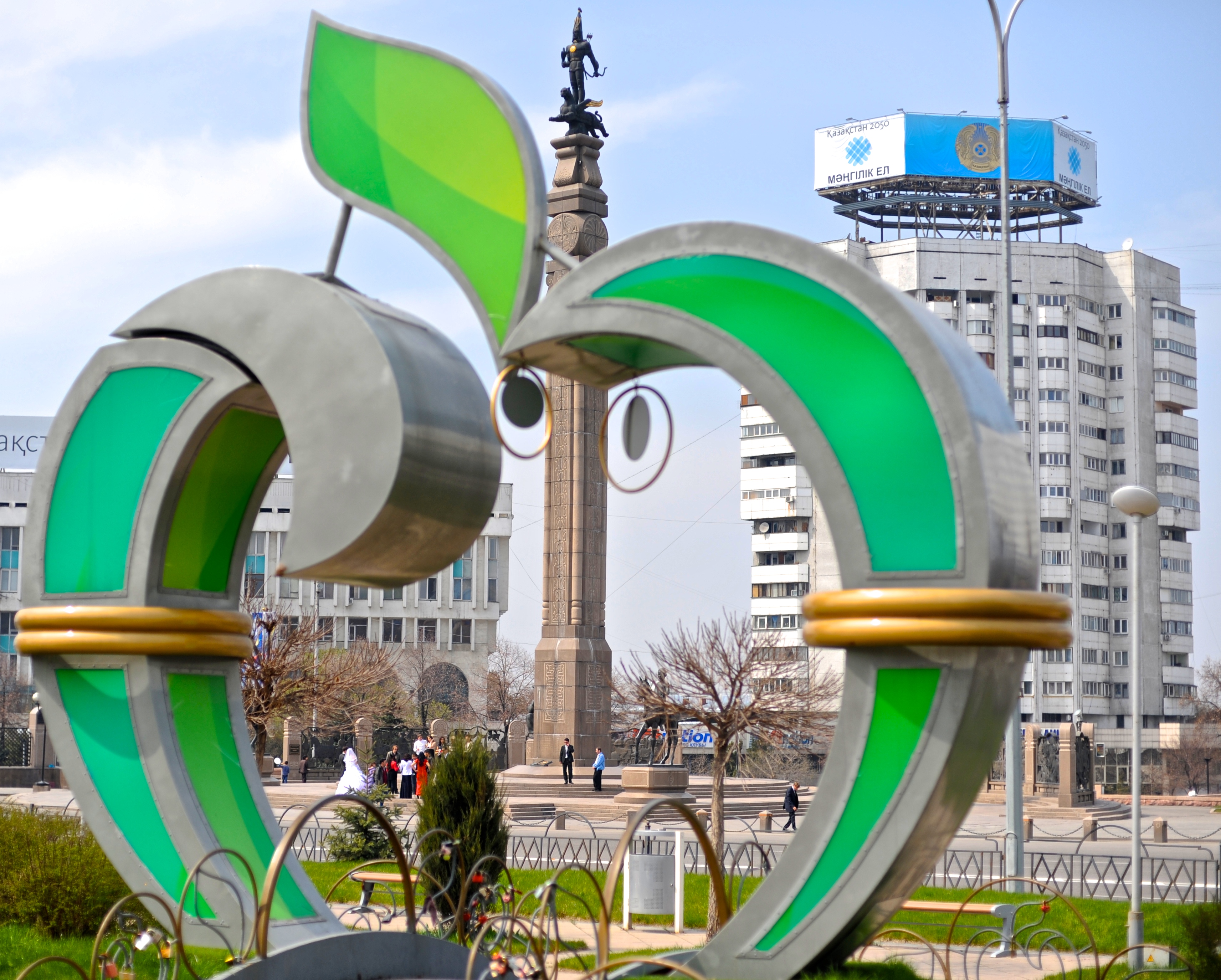 Almaty was the capital of Kazakhstan until recently, until finally in 1997, Astana became the new capital city. And now to be honest, Astana (like Baku and Dubai) has futuristic buildings and monuments with lots of visitors. However, Almati is a bustling one of the country's most important business centers. Even though Astana is extremely modern, empty, and a strange stranger in the city; something that is characteristic of the other two cities.

We spent only 2 days in Almaty but had enough to walk and see the most important things. Here's what to expect and see in Almaty: 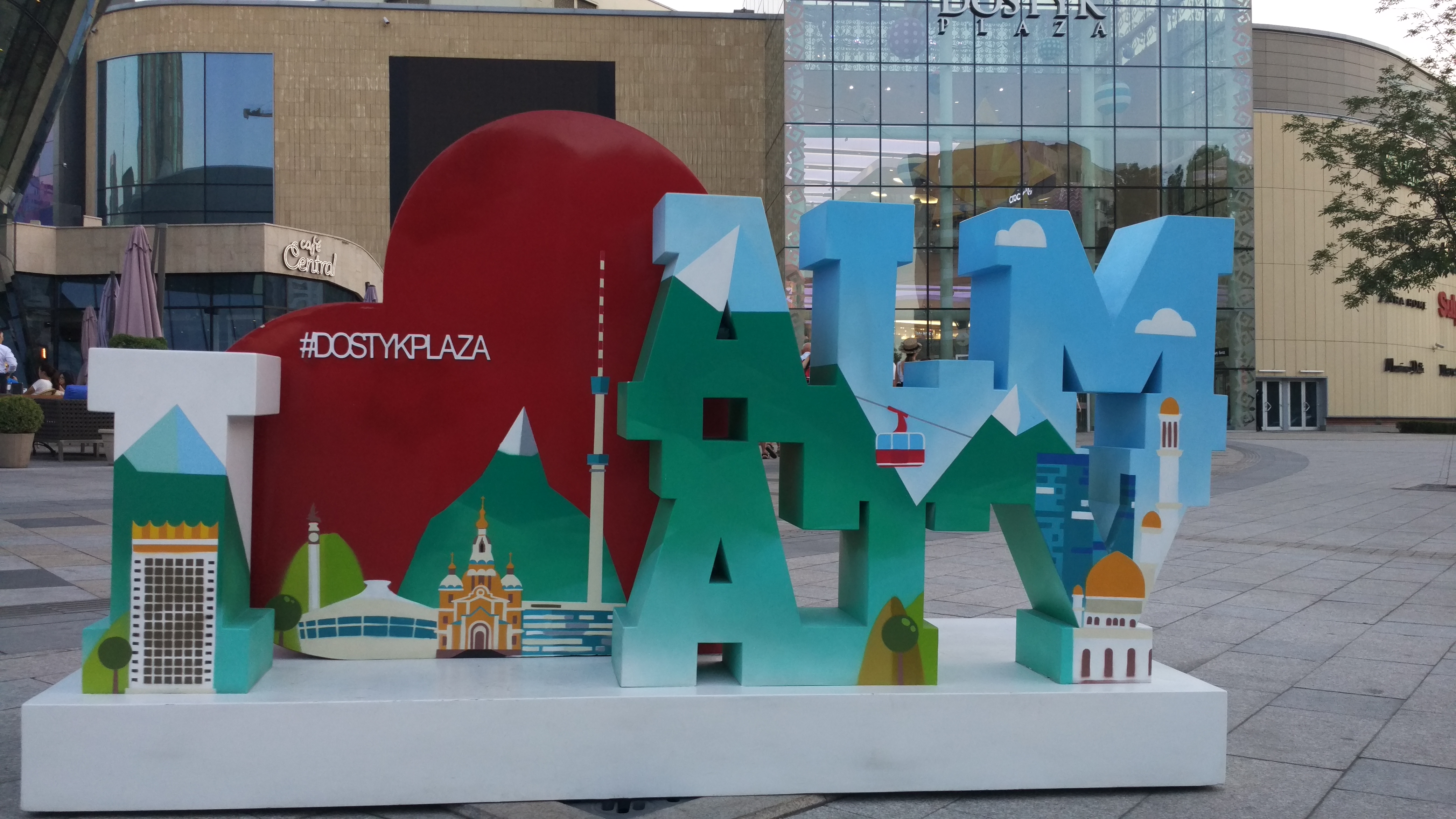 After 1,5 hour flying we take off at Almaty; and the shuttle ordered from the hostel was already waiting for us. Upon arrival we went straight to the Big Almaty Lake. The Big Almaty Lake is located at the altitude of 2511 meters above sea level in Trans-Ili Alatau, approx. 15 km away. The Ile-Alatau National Park forms part of the lake that has emerged as a result of earthquakes. The Big Almaty Lake is unique, milky blue, similar to the Icelandic blue lagoon's geothermal basins. Depending on which time of the year we visit the lake; it changes its color. It was turquoise when we were there. The three mountains, Sovetov, Oziorni and Turist create a spectacular backdrop for the landscape and are reflected in the lake's waters. The pictures below are from the lake and its surroundings:

The Green market is a few minutes' walk north of Panfilov Park. It is a huge hall where local products are sold, primarily meat, fruit and crafts. Horsemeat and lamb are very popular in Kazakhstan.

Very good quality goods can be bought in this market, for example (of course) some unusual apple varieties - literally hundreds of different varieties, some of which resemble cherries. The only thing that needs to be taken care of is the price: as we are foreigners, they say up to 2x damage. A 3 dl pomegranate juice, for example, It was 1000 tenge! Officially, you can not take pictures, but some recordings have been made (security has talked to us several times).

We got some snacks fast, and then we went our way to Zenkov Cathedral. The cathedral is a beautifully decorated, colorful Christian orthodox church, located in the Panfilov Park. It is the second tallest wooden building in the world. The cathedral was built without using nails. You have to adhere to the temple's customs because it is still an active religious building. It is yellow, white and green. We walk through the stunning building and take photos. We're just in the middle of a prayer. The church is surrounded by a beautiful flower garden, creating a wonderful backdrop.

The Kazah folk music equipment museum is located in the Panfilov Park. I did not go to the museum because the folk music will not, but the building itself was very beautiful! The pointed roofs and the orange / brown walls give a great look. 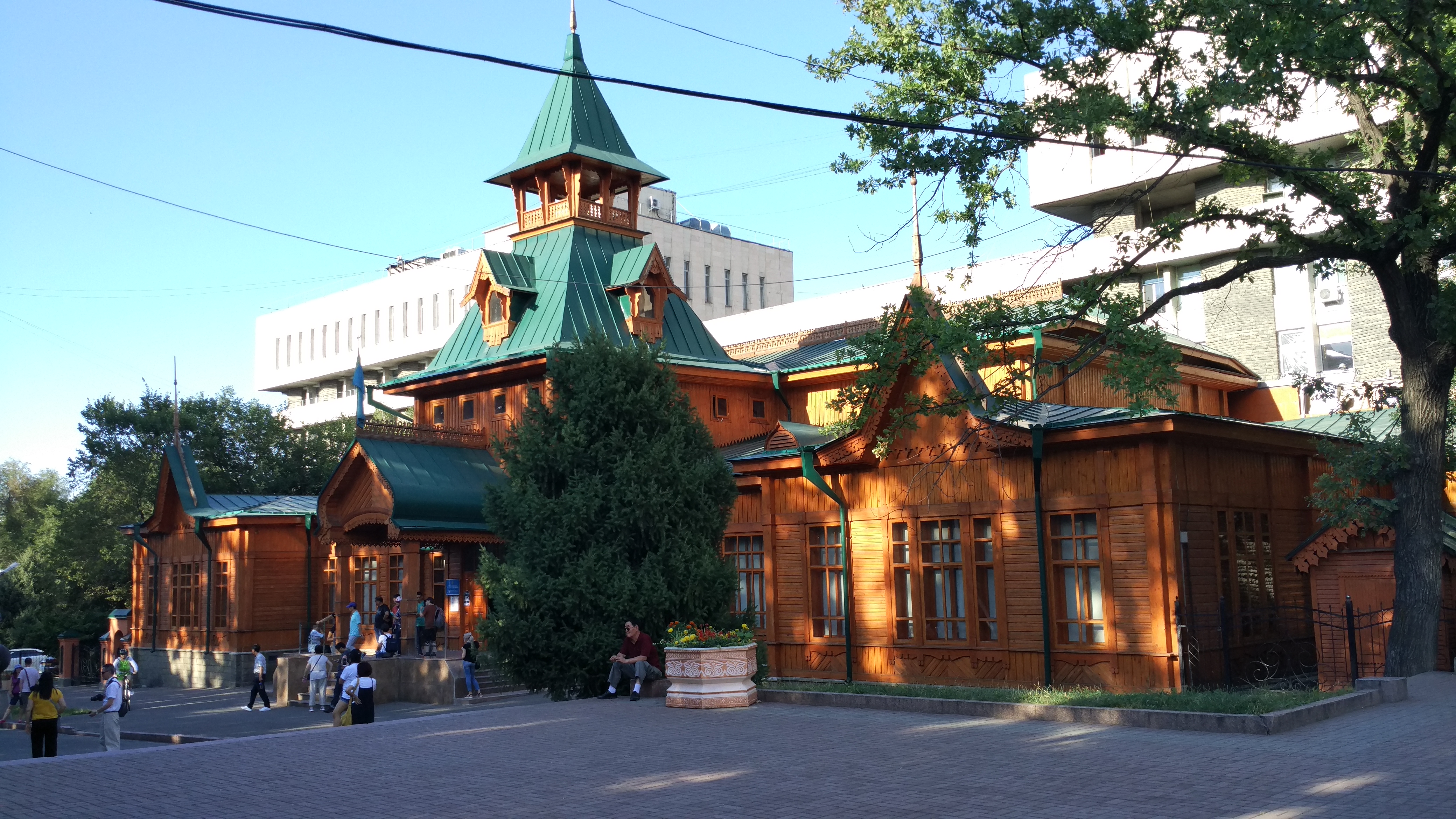 The 28 Panfilov Heroes Memorial Park is located in a leafy park and is devoted to the deceased heroes in Kazakhstan. The heroes of heroic deaths were part of a colony of Kazakhstan who fought and died in the Nazis in Moscow in 1941. In front it is the everlasting flame, which burns soldiers who died in World War II.

The Independence Monument is one of the focal points of Respublika Alanghy Street, a huge stone column with two fowl leopards on the top and a seated, cute man. The government building faces him. Its memorial is dedicated to the rich history of the Republic of Kazakhstan. Space itself - surprisingly small - is the former administrative center of the city.

The Republic Square was formerly an administrative center. Here is the apple-shaped monument - recalling that Almati is the town of apples. Interesting buildings and monuments are located behind the square, where the business center is now built.

The hill offers a variety of entertainment options: the entertainment park (with photos of The Beatles!), Restaurants, souvenir shops, and even a zoo. 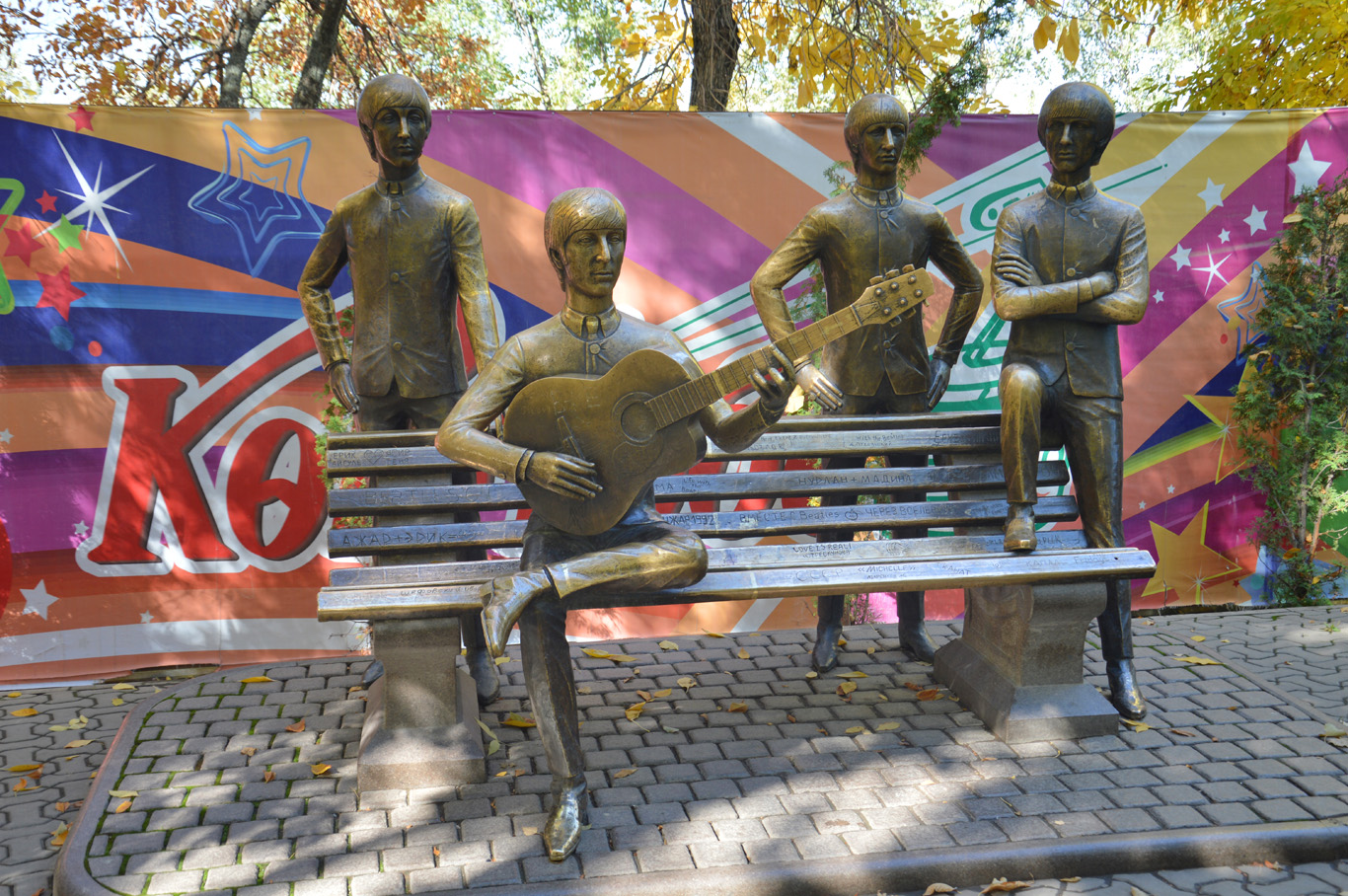 The first president (or presidential park) park is located on the southwestern edge of the city at the intersection of Al Farabi and Navoi Street. This relatively new park is beautifully landscaped with hiking and cycling routes, trees, large meadows and lots of paddies. 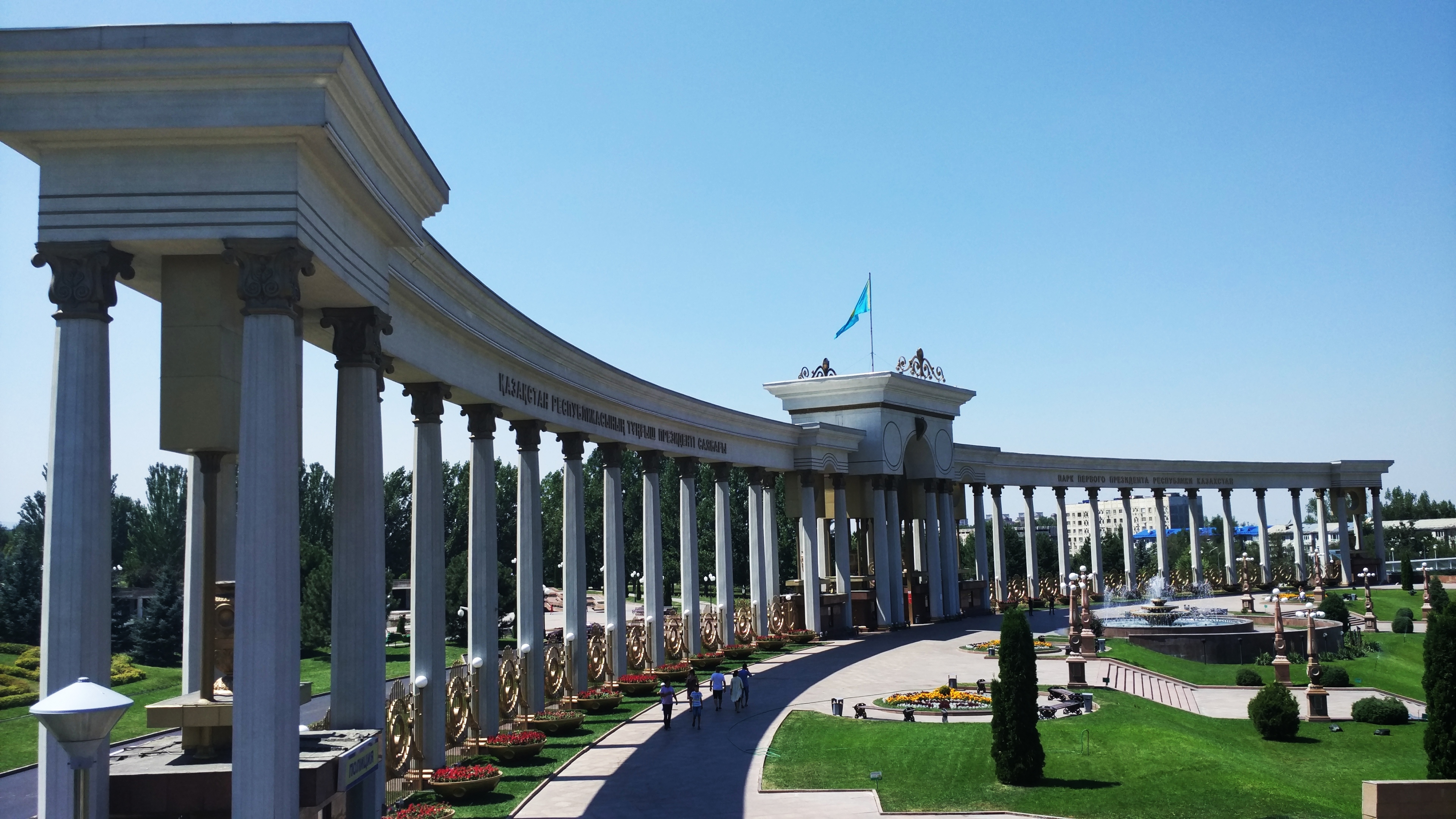 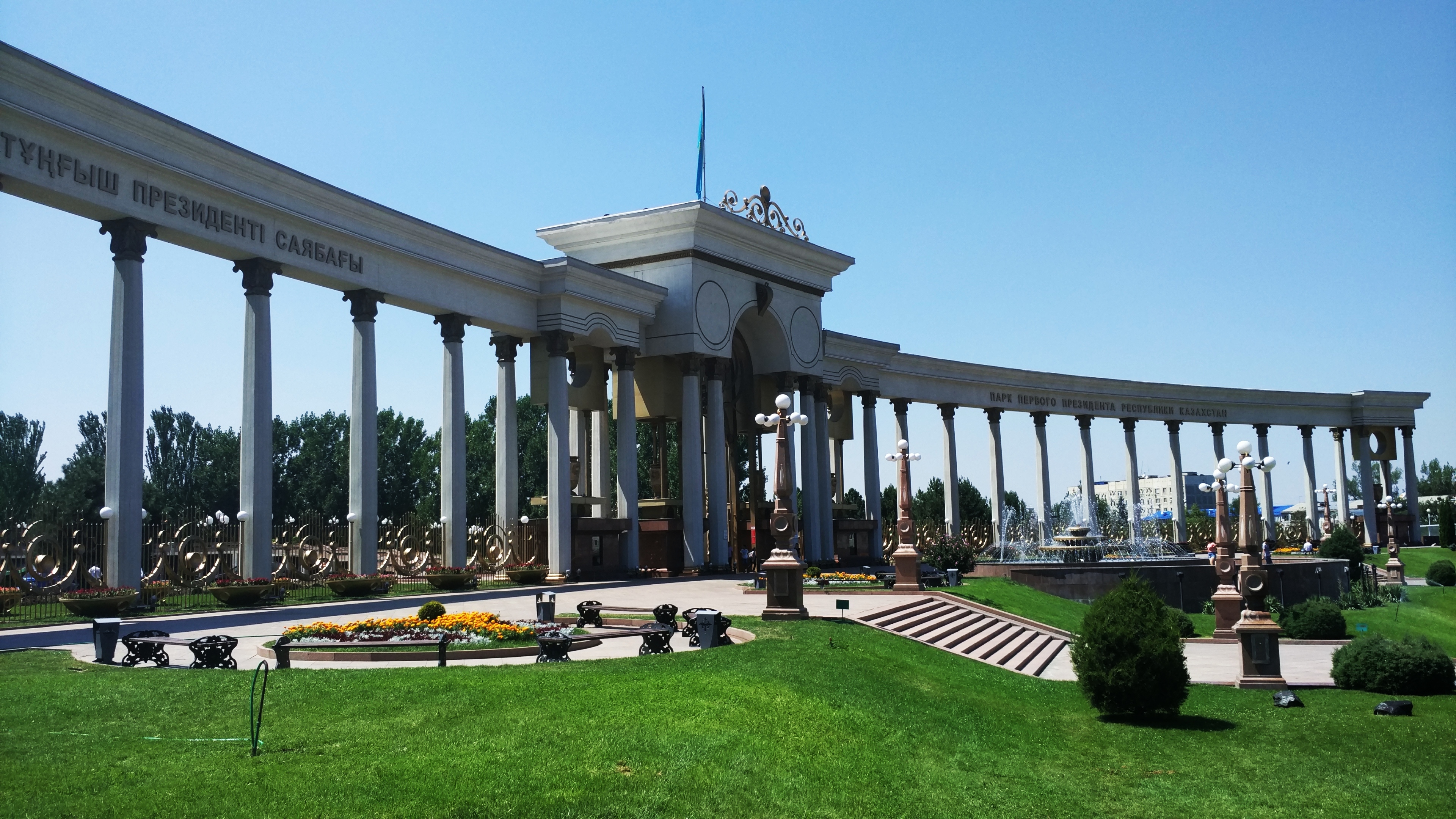 Medeu is a skating rink of 1,691 m high. In the winter it is worth to rent skates and skate one of the fastest ice on the world. In the summer months it is worth to hike in the surrounding mountains.

You can get up in a helmet with a chair. The first stage is approx. It lasts for 20 minutes and is going through a fantastic landscape through that time. There are 2 options: you can go up to 3200 meters with new lifts, or you can walk 1000 m on foot (Csimbulak is about 2200 meters). The 3 km route is approx. can be done in 2.5 hours, which is continuous, approx. 30% increase. Actually it is a ski resort, not typically a hiking path, but due to the beauty of the landscape, it was worth the tiredness. In winter, a true ski paradise is the place; you can slide down on many ski slopes; not in vain did Almati 2017 season the Asian winter games.

All in all there are abundant attractions in Almati, but the area is very beautiful. From here we went to a two-day tour to the Altyn-Emel National Park, which I report in the next post.